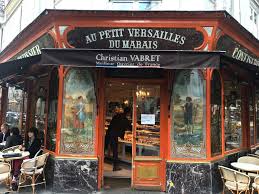 'We are going to get back our way of life, our taste for freedom - in other words, we are going to rediscover France fully again', president says

France is set to emerge from lockdown faster than previously anticipated after president Emmanuel Macron announced he would accelerate plans to get the eurozone’s second largest economy moving again.

The nation has been one of the most severely impacted on the continent by the coronavirus pandemic, which has claimed the lives of more than 29,400 people in the country and infected 157,000.

However, with the country's daily death tolls falling below 30 for five consecutive days, the government has brought forward a phased end to lockdown measures.

The world famous cafes and restaurants of Paris will be allowed to reopen fully from Monday, having previously remained shut while those elsewhere in the country resumed trading.

The announcement comes ahead of an anticipated 11 per cent shrinking of the economy - with France expected to struggle more than most in the coming recession.

Hours before the nation reopens its borders to other European nations, Mr Macron said the time had come to "turn the page" on the virus crisis.

"We are going to get back our way of life, our taste for freedom," he added. "In other words, we are going to rediscover France fully again."

The French president vowed to create an more independent nation after the virus exposed the country's dependence on global supply chains that were paralysed when the coronavirus forced the shut down of industry at an international scale.

"The only answer is to build a new, stronger economic model, work and produce more, so as not to rely on others," Mr Macron said.

Meanwhile, the French president promised the cost of keeping companies afloat and people in jobs during the worst economic downturn since World War Two would not be passed to households through taxes.

In April, his government announced a €100bn (£89bn) rescue package to ensure the nation continued to function throughout the crisis.

Posted by Danialrose at 3:49 AM